After having the teething problems with the Adria Sonic corrected by Caravanas Cruz we decided to have a few days away to ensure that there were no additional problems with the motorhome. As a result we arranged to go back to Bonterra Park in Benicassim with Mike and Sue and to meet Peter and Mary there. Mike & Sue had to pop into Gandia first so we arranged to meet them at the service area on the A7 / E15 just south of Valencia for coffee at 11am.  We left home just before 10am and refuelled at the Ondara Shopping Centre and then joined the motorway and headed north. After an uneventful journey we arrived at the service area at 11 and Mike & Sue had just beaten us there by a few minutes. 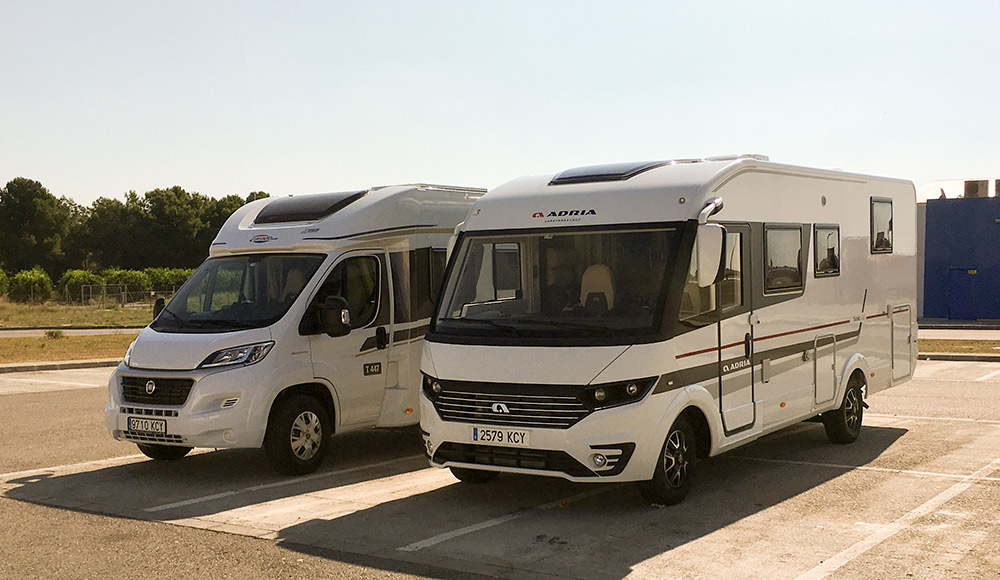 At the service area

After coffee we continued on the A7 and skirted arounf Valencia which was busy with lots of lorries and carried on north passing Sagunto and Castellon on the AP7 and then turned off onto the N340 to Benicassim and once in the town we pulled into the Lidl supermarket to top off with supplies before continuing to Bonterra Park. We checked in and found that the campsite was very busy with very few pitches available. We did, however, find two adjacent pitches on the ‘green area’ 3 pitches away from Peter & Mary and so we chose those, unfortunately there was no water or grey waste disposal on these pitches. We settled down and set the vans up with awnings adjoining.

On the first night we had a meal in the onsite restaurant but it wasn’t very good, nowhere near as good as when we were here earlier in the year. Maybe it was just an ‘off day’ or due to the site being virtually full. Over the next 3 days we did the usual shopping locally, had a couple of BBQ’s and ate at a restaurant in town. We walked along the beach which was much more pleasant than last time as the sun was out and it was warm.

Whilst walking round the site we spotted this home conversion, a little unusual to say the least a caravan permanently mounted on the back of a recovery lorry. 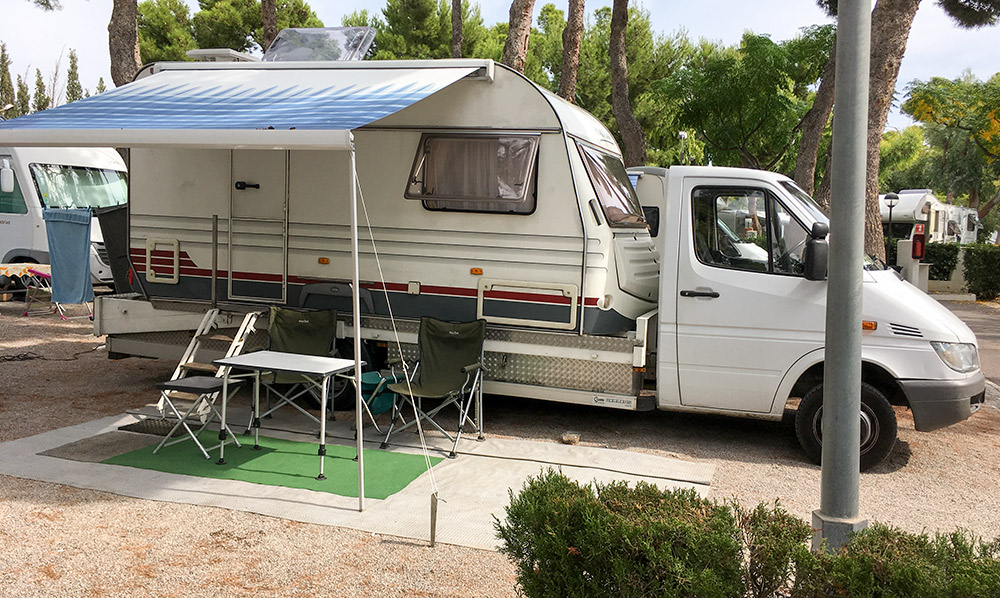 I had my first ever game of petanque with Mike on the new courts using a set of balls loaned by Peter. Needless to say Mike beat me on both games but I gave him a run for his money in the second game. Unfortunately Mary wasn’t feeling very well and so they left for home on Monday morning. Within an hour of them leaving there was someone else on their pitch. One of the jobs I did whilst we were here was to try the wind blocker that we kept from the caravan. It will need to be modified as the motorhome is much taller than the caravan so I will be seeking someone who can modify them for me. 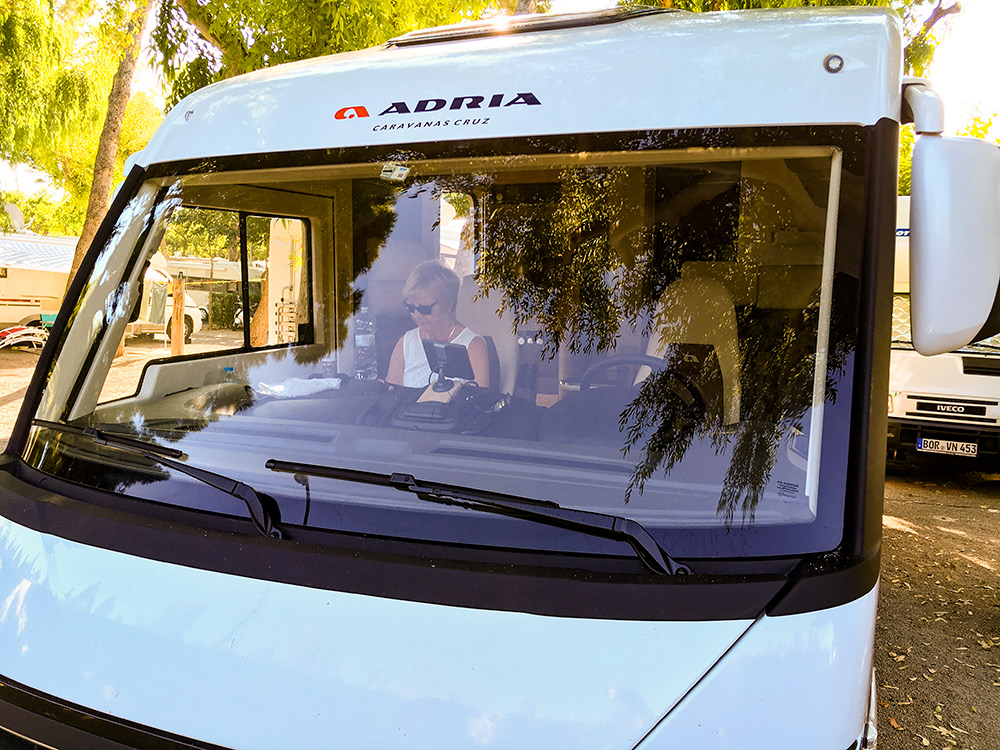 The boss sitting in her seat ready to leave.