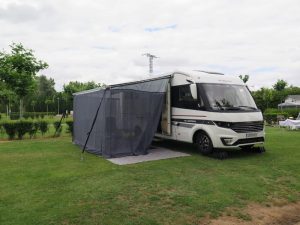 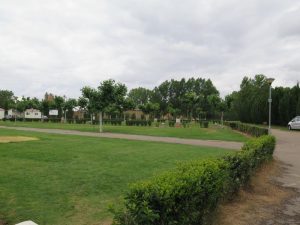 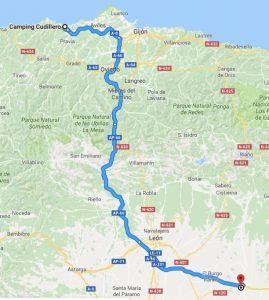 A quiet day at the campsite today, a lot of people left early this morning and we are now the only British couple left along with few Spanish families. The weather forecast for the afternoon was for rain and the clouds became very heavy and black after lunch and at Ingrid’s prompting we put the awning, chairs and groundsheet away before it started.. The wifi at the site was good enough for streaming and I settled down to watch the F1 grand prix from Austria, shortly after it started the rain started and it got progressively heavier. There was even hail stones mixed in with the rain and the wind picked up and then the wifi died along with the sites computers and so I missed the last half of the grand prix. See the video below for an example of what we had to put up with. The rain was that heavy and with the wind blowing as hard as it was it pushed some rain into the bottom vent of the fridge which then came out onto the floor of the motorhome.

Using our 4G wifi box we looked at the weather forecast for our next two planned stops of Barreiros and Covelo and found that they were both showing rain and cool temperatures every day for the next week. As a result we then started looking for places to go not too far away that didn’t have any rain in the forecast for the next week. We found that we needed to go at least 150km away from the north or west coasts of Spain. We researched the campsites available looking at user reviews online and in the ACSI book and eventually settled on a municipal site in Sahagun about 200km south of Cullidero. The rain let up for about an hour in the early evening and then started again. 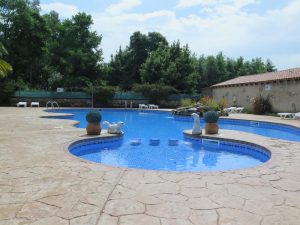 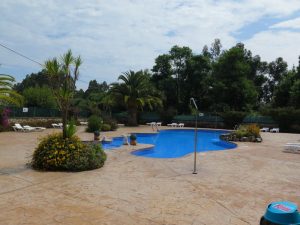 The bar and terrace 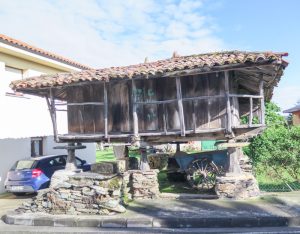