After coffee at the restaurant at the campsite we went for a drive around the local area. We decided to explore around the large local reservoir Embalse de la Cuerda del Pozo. We stopped at a viewing point and took some photos of the lake and some of the many butterflies. We saw one stork soaring on the local thermals and several kites hunting for prey.

Driving through Vinuesa we saw that the church bell tower had two stork nests with four storks perched on them but by the time we had stopped to get a photograph three had flown off. We checked out two campsites that were beside the lake / reservoir but they were very large busy and noisy, even though we like the area we won’t be staying at either of them. We did like the look of the wild camping site but that really isn’t practical for us. 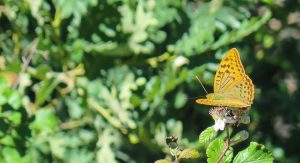 Butterfly near the lake 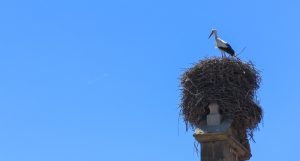 We continued our circumnavigation of the reservoir and ended up back in Valdeavellano de Tera and took a couple of photos and decided to have lunch in the local restaurant. Unfortunately, it was closed but there was a small bar open and so we had a tapas lunch there, I had a home-made Wild Boar burger as did Mike and it was excellent. Then a quick drive back to the campsite via a new road not on the sat nav or map which was a much easier drive when we have the caravan on the back that the twists and turns through the village. 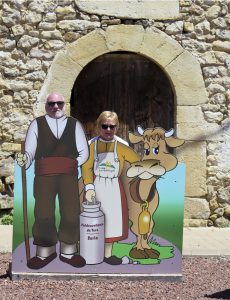 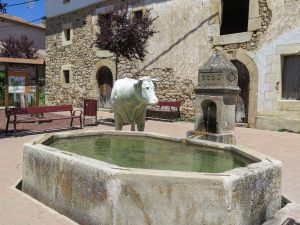 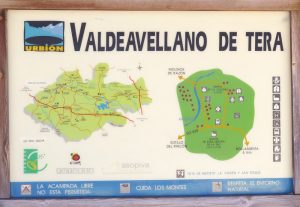 The rest of the afternoon was spent in the sun reading and sun bathing.