The day started a bit grey and Ingrid and the washing got an early cold shower when the grass irrigation sprinklers turned on. It soon brightened up to a clear blue sky. We decided to explore a couple of the local villages and to visit a lake shown on the local map. We drove down a narrow campo road to reach the lake and then partially circumnavigated it until we found a parking area. We walked down to the lake shore and took some photos; the panoramic view was incredible and there were mountains on the far side of the lake.

We continued along the M-604 and explored the village of Rascafria but it was just a normal working village with nothing much of interest except for the rough cobbled road surface right through the centre that encouraged vehicles to travel slowly. We left there and returned along the M-604 to Lozoya which was a much prettier village where we found a nice bar that did enormous boccadillos for lunch. Ingrid couldn’t finish hers as it was so big. We stopped off at the petrol station on our way back to the campsite and filled up.

Once back at the campsite we settled in the cool air-conditioned interior of the caravan for a bit. I then went for a swim in the large campsite pool, not too cold and it was a refreshing first swim of the holiday. The settled down with a beer before dinner. A long power cut meant that this was initially typed in Word before being copied here. 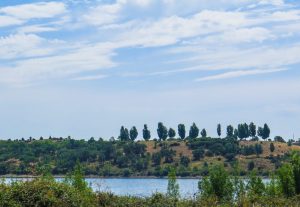 Tree on the hill 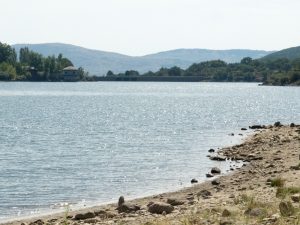 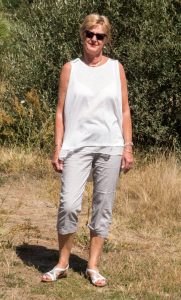 Walking to the lake 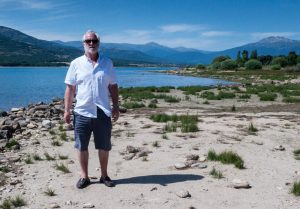 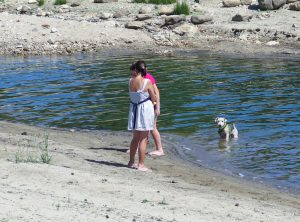